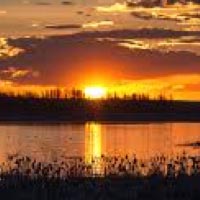 Allen Dru Breeding, 62, of Maybrook Community near Pembroke, passed away Monday morning, August 24, 2015, at his home. Born May 8, 1953, he was a son of the late John Thomas and Thelma Janney Breeding. He was a long time employee of Electro-Tec in Blacksburg before he was disabled. In addition to his parents he was preceded in death by his father and mother-in-law, Noble and Christine Porterfield and two sisters-in-law, Melissa Perdue Breeding and Micky Porterfield. He is survived by his wife of 27 years, Roechelle Breeding, one son Allen “Henry” Breeding of Maybrook; five brothers and sisters-in-law Dale and Betty Breeding of Newport, Herman and Theresa P. Breeding of Rich Creek, Mike Breeding of Maybrook, Jeffrey Breeding and Kathy Russ of Lynchburg, Wendell and Kristie Breeding of Blacksburg; his nieces and nephews Bill and Michelle Songer and Akira of Simmonsville, Tommy and Shelia Breeding, Danny and Shelana Price and Daphne, Adam Sutphin and Ciera McPeak all of Merrimac, David Conley and Harley of Rich Creek, Stephanie Conley and Alex of Rich Creek, Jason and Kim Breeding and Hallie, Amanda Breeding and Maurice Hailey, Abigal and Logan of Lynchburg, Lee and Shain Tickle, Lexi and Raina of Pearisburg, John Robert Breeding, Skye, Callista, Kaylea and Lilliana of Blacksburg, Tyler and Kyle Sipe, and Hailee Breeding of Blacksburg, His “nurse” and friend Brittaney Wynn, special neighbors Bobby Joe and Debbie Tawney, family friends Tracie Smith and Michelle Raines. At Allen’s request there will be no public services. Private family services will be held at a later date. In lieu of flowers contributions may be made to Kendall Funeral Home, P O Box 38, Pembroke, VA 24136 to offset funeral expenses. The family wishes to thank Carol Ballard for her care and friendship for so many years. Online condolences may be sent by visiting kendallfuneralhome.com.