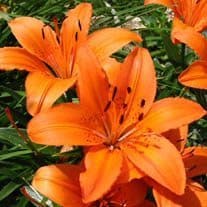 July 2, 1949 ~ January 18, 2016  –  Oma Jane French Clowers, 66 of Pearisburg, VA., went to be with the Lord on January 18, 2016 at her home in Pearisburg. Mrs. Clowers was born on July 2, 1949 and was a daughter of the late Daniel Miller French and Mary Alice Smith French. Besides her parents, she was preceded in death by two daughters, Mary Louise Dunford and Stephanie Jane Dunford Martin, one brother, Buford (Butch) French and one great grandson, Andrew Blankenship. She cherished being a grandmother.  She is survived by two sons, Keith Dunford and wife Melissa of Narrows, Tony Dunford and wife Valerie of Narrows, three grandchildren, Ryan Austin Dunford, Guhner Conrad Dunford and Brianna Rose Martin, one great granddaughter, Kyndall Dunford and one sister, Dorothy (Dot) Nelson of Bland. A private memorial service will be held at a later date. Online condolences can be sent to the family at givensfuneralhome.com.