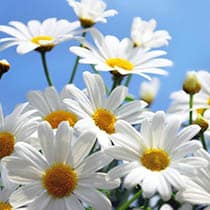 Elizabeth “Betty” Bingham Donovan, 91 of Pearisburg, VA, went to be with the Lord on Saturday, April 16, 2016. Mrs. Donovan was born on August 12, 1924 in Weston, WV and was a daughter of the late Horace Luther Bingham and Mary Belcher Bingham. Besides her parents, she was preceded in death by her husband George Edward Donovan, three brothers, Bob, Horace and Jay Bingham and two sisters, Mary B. Greene and Ann B. Eaton. She is survived by two sons, David Ray Donovan and wife Anne of Eagle Rock, Steven E. Donovan and wife Judy of Roanoke, one daughter, Rebecca Ann D. Paule and husband Lane of Anchorage, AK, 7 grandchildren, 9 great grandchildren, two brothers, Richard N. Bingham of OH, Donald L. Bingham and wife Shirley of FL, three sisters-in-law, Margaret Whittaker, Jean Donovan both of Princeton and Jo Ann Bingham of Radford. A celebration of life will be conducted Saturday, May 14, 2016 at 2pm at the First United Methodist Church in Pearisburg with the Rev. Dr. Brian Burch officiating. The family will receive friends at the church one hour before the service from 1 – 2pm. In lieu of flowers memorial donations may be made to the First United Methodist Church, 1101 Valleyview Dr., Pearisburg, VA, 24134. Online condolences can be sent to the family at givensfuneralhome.com.