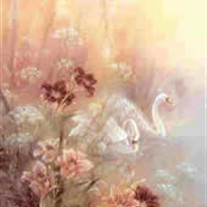 Madeline Blankenship Gautier, 76 of Narrows, went home to be with the Lord on Sunday, April 24th, 2016.

A lifelong resident of Giles County, she was born on April 16th, 1940, and was the daughter of the late Gilbert Houston and Gladys Stebers Blankenship.  In addition to her mother and father, she was preceded in death by her husband of many years, Harry Green Gautier; a son, Harry Wayne Gautier; and numerous brothers and sisters.

A loving wife, mother, grandmother, sister and friend, she will be deeply missed.

Left to cherish her memory are a daughter, Harriett Gautier Shrader of Narrows; a grandson, Anthony Dewayne Gautier; and many nieces, nephews, cousins, and many special friends.

Funeral services will be held Thursday, April 28th, 2016 at 2 PM in the Chapel of Riffe’s Funeral Service in Narrows with Pastor Paul Terry officiating.  Burial will follow in Fairview Cemetery in Narrows.  The family will receive friends at Riffe’s Funeral Service Wednesday from 6 to 8 PM.  Friends and family will gather at the home of Joyce Warner at 156 State Line Road in the Wayside Mountain community near Narrows, Virginia.