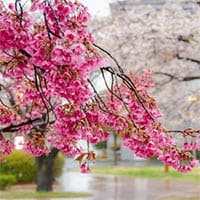 Della Christine Harless Hungate, 91 of Pearisburg, VA went to be with the Lord on February 24, 2016 at her home. Mrs. Hungate was born on April 12, 1924 in Roanoke, VA and was a daughter of the late Cephus Martin and Minnie Biggs Harless Martin. Besides her parents, she was preceded in death by her husband, Elvin Maurice Hungate, three step brothers, Vernon, Carl and Elmer Martin and one step sister, Thalma Martin. She was a former employee of the Celanese Corp. in Narrows, VA, a member of Providence United Methodist Church in Wilburn Valley, she was a supporter and participated in the Giles County Relay for Life, was a member of the Giles County Senior Citizens Center in Pearisburg. She is survived by two sons, Donald H. Hungate of Shawsville, Robert E. Hungate and wife Roberta of Narrows, one daughter, Linda Jane Hungate Rice and husband Charles of Germantown, MD, four grandsons, Benjamin and wife Melissa Hungate of Narrows, Patrick and wife Birdine Hungate of Narrows, Michael and wife Soma Rice of Baltimore, MD and Andrew Rice of Baltimore, Md. and one granddaughter, Crystal and husband Ron Geronimo of Silver Spring, MD. Funeral services will be conducted Saturday, February 27, 2016 at 1:00pm at the Givens Funeral Chapel in Pearisburg with the Rev Ted P. Anders officiating with entombment at the Birchlawn Abby in Pearisburg. The family will receive friends at the Givens Funeral Home Friday evening from 6 – 8 pm. Memorial donations may be made to the Giles County Relay for Life. The family would like to thank her caregivers, Christine Green, Beulah Gibson, Cathy Riddle and Barbara Jean McGuire. Online condolences can be sent to the family at givensfuneralhome.com.