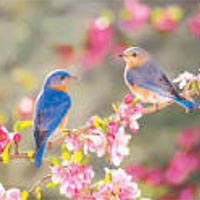 Marilyn Brotherton Kingrea, 67 of Pearisburg, VA went to be with the Lord on Thursday, April 16, 2015 at Carilion Giles Community Hospital.  Marilyn was born on April 19, 1947 in Pearisburg and was a daughter of the late Robert Sheffey Brotherton and Helen Marie Hayes Brotherton.  Beside her parents, she was preceded in death by one sister, Lisa Ann Brotherton and two uncles, Thomas L. (Bud) Brotherton and James F. (Jim) Brotherton.  She was a member of the First United Methodist Church in Pearisburg, loved to shop with friends and watch VA Tech football on TV.  She is survived by her husband of almost 50 years, Jack Eller Kingrea of Pearisburg and one son, Michael Wayne Kingrea of Pearisburg, one brother, Robert (Robin) Sheffey Brotherton of Nags Head, NC,  and a very special childhood friend, Linda Psathos, who was with her till the end.  Graveside funeral services will be conducted Saturday, April 18, 2015 at 2:00pm at the Birchlawn Abbey in Pearisburg with the Rev. Dr. Brian Burch officiating.  The family will receive friends at the Givens Funeral Home in Pearisburg Friday evening from 6 – 8pm.  The family would like to thank Dr. Jerome Goldschmidt and the staff at the Blue Ridge Cancer Care for their support they showed over the last few years.  Memorial donations may be made to the local Relay For Life Team of your choosing.  Online condolences can be sent to the family at givensfuneralhome.com.