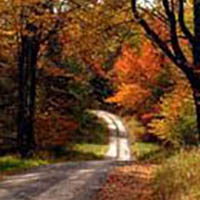 Melvin Ronald (Ronnie) Mann, 68 of Pearisburg, VA went to be with the Lord on Tuesday, April 21, 2015. Mr. Mann was born on May 23, 1946 in Pearisburg, VA and was a son of the late George Franklin Mann and Dorothy Frances Ferguson Mann. Besides his parents, he was preceded in death by his wife Linda McDaniel Mann. Ronnie attended Narrows High School, loved to write poetry and some was published in the local paper, the Virginian Leader. He is survived by one sister, Shirley Ann Mann Walsh and husband Michael of Liberty Lake, WA., and one brother, James Irving Mann and wife Lily of Charlottesville, VA. Ronnie was cremated as he requested with no services. The family has requested that memorial donations be made to Givens Funeral Home to help with the funeral expenses. Online condolences can be sent to the family at givensfuneralhome.com.