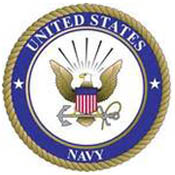 He was born in Roanoke, Virginia on January 29th, 1962 and was the son of Ruby Ellen Goad Ratcliff of Pulaski, and the late Walter Turner Ratcliff, Jr.

A graduate of Pulaski County High School, J.D. proudly served as a Sea Bee in the United States Navy, was an avid outdoorsman, North Carolina Tar Heels fan, and was a loving father, grandfather, brother and uncle.  He always had a fun story to share.

Funeral services will be held Monday, November 16th, 2015 at 1 PM in the Chapel of Riffe’s Funeral Service in Narrows with Pastor Mike Coleman officiating.  Burial will follow in Angels Rest Cemetery.  The family will receive friends at Riffe’s Funeral Chapel Monday from 11 AM until just prior to the service.