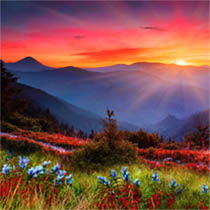 Paula Gail Ratcliffe Robertson, 60 of Pearisburg, VA went to be with the Lord Tuesday evening, May 26, 2015 at her home in the loving care of her family.  Paula was born on December 7, 1954 in Pearisburg, VA and was a daughter of the late Staff Sgt. Lewis Douglas Ratcliffe and Peggy S. and Bobby Barnett of Pearisburg.

Paula was a 1973 graduate of Giles High School, a 1977 graduate of Radford University and a long time employee of Virginia Tech.  She was a member of the First United Methodist Church in Pearisburg where she was a former children’s sunday school class teacher and supervisor of the church acolytes.  She also greatly enjoyed spoiling her grandson Patrick.

Funeral services will be conducted Saturday, May 30, 2015 at 2:00 pm at the First United Methodist Church in Pearisburg with the Rev Dr Brian Burch and Rev Dr Fred L. Austin officiating with burial following in the Birchlawn Burial Park in Pearisburg.  The family will receive friends at the Givens Funeral Home in Pearisburg Friday evening from 6 – 8 pm. The family has requested that memorial donations may be made to the First United Methodist Church in Pearisburg, VA.  Online condolences can be sent to the family at givensfuneralhome.com.