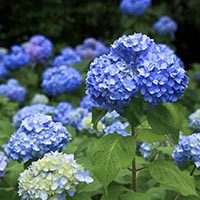 Mozelle (Mozie) Williams Stafford, 87 of Pearisburg, VA., (Trigg Community), went to be with the Lord Wednesday, April 8, 2015 at Carilion New River Valley Medical Center.  Mrs. Stafford was born on November 8, 1927 at Berton, VA and was a daughter of the late Leonard Buford Williams and Naomi Stafford Williams.  Besides her parents, she was preceded in death by her husband, Herman Cyrus Stafford, two sisters, her twin, Estelle Williams Butts, Dorothy Williams Nix and two brothers, Paul Williams and John Odell Williams.  Mozie was an active member of the Wesley’s Chapel UMC in Trigg and occasionally played the piano there. She enjoyed cooking, sewing and going out to eat with her friends.  She is survived by three daughters, Betsy S. Wood of Pearisburg, Diane S. Atwell of Narrows, Rhonda M. Stafford of Richmond, VA, one son, Bradley Scott Stafford, five grandchildren, 10 great grandchildren and one great great grandchild.  Funeral services will be conducted Saturday, April 11, 2015 at 1:00 pm at the Wesley’s Chapel UMC at Trigg with the Rev Lynn Garrison-Mullins officiating with burial following in the Birchlawn Burial Park in Pearisburg.  The family will receive friends at the church two hours before the service from 11 – 1pm.  Memorial donations may be made to the Wesley’s Chapel, c/o Marie Johnston, 3995 Eggleston Rd., Pearisburg, VA., 24134.  Online condolences can be sent to the family at givensfuneralhome.com.