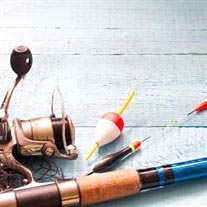 Wendell Wayne Tickle, of Ripplemead, Va went to be with the Lord on February 2, 2015 at his home. Wendell was born on October 8, 1957 in Pearisburg and was a son of the late Guy Wilbur Tickle and Shirley Ann McCroskey Tickle. Wendell was a former employee of the Dolinger Corp. in Rich Creek, VA, Patrick Enterprises in Pembroke and Mundy Construction. He was also an avid hunter and fisherman. He was a good, father, brother and friend to many. He is survived by his girlfriend, Crystal Ratcliffe of Ripplemead, one son, Mason I. Tickle of Ripplemead, two step children, Chance and Preston, one sister, Rebecca T. Young and her husband Jimmy of Ripplemead, one brother, Guy A. Tickle of Pearisburg, several nieces and nephews. Funeral services will be conducted Thursday, February 5, 2015 at 11:00am at the Givens Funeral Chapel in Pearisburg with the Rev. Eddie Kendall officiating. The family will receive friends at the Givens Funeral Home one hour before the service. Online condolences can be sent to the family at givensfuneralhome.com.