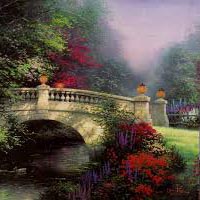 William Preston (Bill) French, 84 of Narrows passed away peacefully in his home on Friday, December 11th, 2015. He was born in Narrows on March 25th, 1931 in Narrows, Virginia, and was the son of the late George Francis and Bessie Patteson French.  In addition to his mother and father, he was preceded in death by a twin brother, Patteson French; and a sister, Corky French Ragland.

Bill was a 1951 graduate of Narrows High School, where he played tight end on the Green Wave football squad under head coach Harry Ragsdale.  After graduation, Bill enlisted in the United States Marine Corps.  Following his discharge, he was employed as a heavy equipment operator before his retirement in the late 1990s.

Funeral services will be held Monday, December 14th, 2015 at 2 PM in the Chapel of Riffe’s Funeral Service in Narrows with Rev. Andy Howdock officiating.  Burial will follow in Birchlawn Burial Park.  The family will receive friends at Riffe’s Funeral Chapel Monday from 12 noon until just prior to the service.