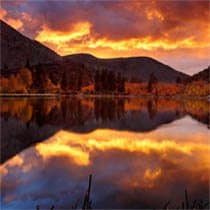 David F. Montgomery, 73, born in Buchanan, Virginia, formerly of Narrows, departed this life Thursday, December 10, 2015 at Leesburg Regional Medical Center, Florida with a long battle of cardiovascular disease and diabetes. He was the son of Samuel F. and Mary Mildred Montgomery. In addition to his parents, he was preceded in death by two brothers, Harry Edward Montgomery and Earl Leo Montgomery. David is survived by a daughter Melinda Ann Montgomery and granddaughter Mekalia Montgomery of Pearisburg. Two brothers Samuel Steven Montgomery and wife Jean of Mechanicsville, Va. and Roy Lee Montgomery and wife Gloria of Pearisburg and several nephews and nieces. Upon David’s wishes he was cremated and a private memorial for the family will be conducted at a later date.