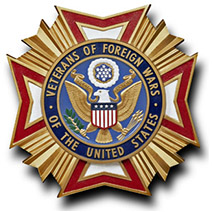 Frank Marvin (Cotton) Guynn, Sr., 91 of Narrows passed away Tuesday, September 22nd, 2015 at Carilion Giles Community Hospital, surrounded by family and loved ones. He was born in Rich Creek on March 13th, 1924 and was the son of the late William Joseph and Annie Ethel Harvey Guynn.

In addition to his mother and father, he was preceded in death by his brothers, Paul, Carl, Earl, Joe, Dave, Don and Robert Guynn; and his sisters, Ruby Miller and Blanche Guynn.

Frank was a proud member of the U.S. Army, 11th Airborne Division serving in the Pacific Theatre of Operations during World War II, moving from New Guinea to Luzon and ending in the Phillipines to prepare for the invasion of Japan.  Upon the conclusion of his military service, he began his career of 41 years at the Celanese Corporation, retiring in 1986.  Cotton was a member of First Baptist Church in Narrows, where he served as a deacon for many years.

The family wishes to thank the doctors and nursing staff of Carilion Giles Community Hospital and Carilion Home Health Care, especially Cindy Powell, who attended to his needs for the past three years.