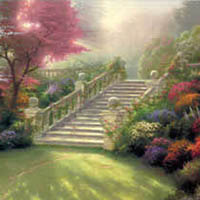 Minnie Edna Viars, 99 of Pearisburg, VA went to be with the Lord on September 22, 2015 at Heritage Hall Nursing Home in Rich Creek, VA. Minnie was born on February 14, 1916 in Pearisburg and was a daughter of the late William Greene Viars and Sarah Elizabeth Akers Viars. Besides her parents, she was preceded in death by 5 brothers, Elmer, Mart, Clearence (Soup), Robert (Hobie), Joe and 3 sisters, Lou Holt, Dorothy Long and Grace Martin. Minnie’s father was killed in an accident when the children were young and she helped her mother raise her siblings. Minnie was a retired employee of the Celanese Corp. in Narrows, VA with 40 years of service and was a member of the Faith Temple Pentecostal Holiness Church in Pearisburg, VA. She is survived by many nieces and nephews. Funeral services will be held Friday, September 25, 2015 at the Givens Funeral Chapel in Pearisburg at 11:00 am with Pastor Debbie Hutton officiating with burial following in the Birchlawn Burial Park in Pearisburg, VA. The family will receive friends Friday morning one hour before the service from 10 – 11 am. Online condolences can be sent to the family at givensfuneralhome.