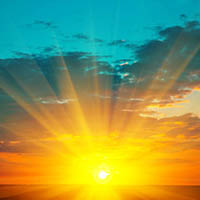 William Harvey Jones, 67, of Sands Road (White Gate Community) of Pearisburg, departed this life Thursday morning, September 10, 2015, in the care of his family and Highland Ridge Rehab in Dublin. Born in Durant, Oklahoma on May 23, 1948,he was a son of the late Lloyd William and Lillian Faye Thompson Jones. He was a chemist and self-employed contractor. He leaves to cherish his memory his devoted wife Peggy Lynette Holder Jones, a son and daughter, and step-son, and his family of faith that surrounded him with love. His earthly remains were laid to rest in the Har Shalom Cemetery on his farm and near his home in a simple faith based service and in a simple casket constructed by his dear Amish neighbors. Kendall Funeral Home in Pembroke assisted in the arrangements.