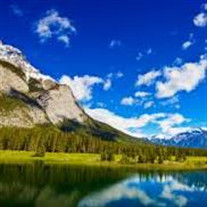 “RB” Russell Beverly White, Jr., 68, of Pembroke, departed this life Friday evening, January 8, 2016 at Carilion Giles Community Hospital in Pearisburg. Born in Pearisburg on March 16, 1947, he was a son of the late R B Sr. and Mary Dowdy White. R B was 1965 graduate of Giles High School, had worked as a security guard and enjoyed the fishing and outdoors of Giles County.

He leaves to cherish his memory, his son and daughter-in-law David and Serena White of Pearisburg; his daughter and son-in-law Angela and Kenneth Wilkins of Chesapeake; his brother Michael “Whitey” White of Goldbond; his sisters and brothers-in-law Cathy and Steve Wilson of Pearisburg and Anita and Randy Clark of Pearisburg, his grandchildren Madysan Harris and Caleb White.

A celebration of RB’s life will take place Saturday, January 23, 2016, at 4:00 pm in the Pembroke Fire Department Social Hall on Cascade Drive in Pembroke. (please wear casual RB friendly clothes) The Kendall Funeral Home in Pembroke is in charge of arrangements. Online condolences may be sent by visiting kendallfuneralhome.com. 540-626-7221.